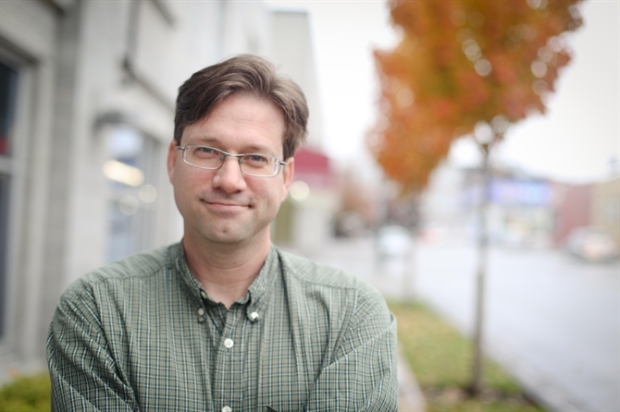 By far my biggest inspiration for helping start the Planted Network are the homeless and near-homeless men and women who became my friends since I first began volunteering at a free community meal 14 years ago.

I decided to take on some volunteer work because I was looking for an outlet for my social justice convictions, which were being fuelled by my graduate studies. I figured that a soup kitchen was an easy, obvious place to start. I quickly learned that this community meal was so much more than just a place that feeds hungry people. It was about the richness of breaking bread together. It was about strangers becoming neighbours around a common table. I, the “host,” was welcomed by my “guests” into a circle of relationships that made it safe for me to admit my own vulnerabilities.

That three-course meal became the highlight of my week, and then it changed the course of my life. Instead of becoming a university professor, I helped expand that community meal into a grassroots effort to respond holistically to poverty by developing the strengths of the low income participants themselves.

Going even further back in time, I believe a close look at my family roots and history, reveal another reason why I felt drawn to working in community development and ultimately ended up co-founding Planted.

My dad’s mom came from a large family of “truck farmers.” They cultivated a variety of vegetables on several acres, and on weekends would haul their fresh produce thirty miles into town to sell at what we now call farmers’ markets.

My dad’s family was dirt poor, but they had a remarkably productive garden the size of the average Vancouver lot (roughly 30 x 120 feet) that provided them with nutritious food. What they didn’t eat in season, they canned for later. As a kid learning to shuck corn and peas on their back steps, I saw how much quiet pleasure and pride their garden afforded them.

My mom’s folk were farmers as well, going back for generations. Her father was a green grocer.

Her memories of long summer holidays spent rambling round her grandparents’ barnyard and “back forty” (acreage) are still to this day what she measures her happiness against.

For most of her working life my mother was a teacher. Yet the first job she took when I was old enough to go to school – the job that therefore rests quietly in the background of my consciousness as an archetype of vocation – was as an assistant to the man responsible for farming operations at all the jails and mental health institutions in our state.

Conversation around our dinner table touched, often as not, on how the weather was affecting crops or on which methods of cultivation were achieving the best yields.

Those farming operations not only gave the inmates and resident patients something to do, they also supplied a great deal of the food they consumed. Although I never heard the phrases “therapeutic gardening” or “vocational training” or “local food system,” I nevertheless came to understand their meaning and value.

Now here I am decades later, a country boy trying to settle down in the big city. I grew up surrounded by prairie fields of corn, soybean, wheat, clover, and alfafa. When I moved to Vancouver fifteen years ago, I immediately fell in love with the city. It seemed to me, as I gazed across English Bay at the West End glinting in the afternoon sun against the backdrop of the North Shore mountains, that Vancouver was the postcard city for urban design that interfaces well with nature. Here were all the metropolitan advantages of a world-class city, nestled into a world-class wilderness.

Yet still I yearn for rural rhythms to ground me in my adopted environment of concrete and deadlines. I want Nature in my yard, not just vistas of it in the distance. And I want to cultivate nature’s abundance with my community through Planted, through building a network of people as passionate about healthy food and universal access to it as I am.